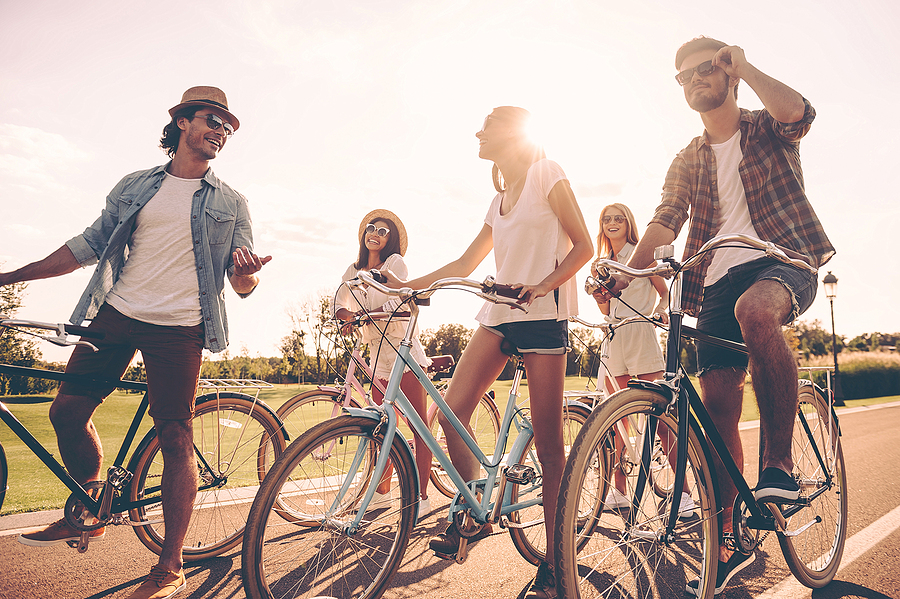 The prospect of a great cycling holiday in the Cotswolds this summer has taken a big step nearer reality with the outlining of the government’s roadmap for exiting lockdown.

With data showing the vaccination programme is starting to have a major effect in curbing serious illness and hospitalisations among older people, prime minister Boris Johnson has set out the schedule ministers hope can be achieved for opening up the country.

Should all the steps be achieved, it is possible all restrictions could be lifted by June 21st, which would mean anyone going on Cotswold cycling tours could go with who they want and enjoy all the facilities of the area, with no more limits on pubs, restaurants, holiday accommodation or attending public gatherings.

In step one of the plan, outdoor sports will in fact be allowed from as early as March 29th, when cyclists will be able to go on longer rides instead of just short local ones for exercise purposes.

The plan also envisages as part of step 2 that self-catering holiday accommodation and campsites, as well as outdoor hospitality, could be open from April 12th.

While the roadmap is subject to caveats such as continued positive data on vaccinations, infections, mortality and the avoidance of new variants of the virus, it gives those with ambitions for a great cycling break in the Cotswolds a great reason to look at some roadmaps of their own.

Those who fancy a visit to a great pub in the area will find many superb hostelries, among which will be distinguished buildings with thatched roofs, Tudor beams and other historic features, ensuring that the refreshing pit stop or end-of-day meal can be enjoyed in a great setting after an epic day of cycling.

It isn’t hard to find a long list of great pubs in the Cotswolds. The Culture Trip lists a top ten that includes The Chequers in Churchill, the Wild Rabbit in Kingham and the Wheatsheaf in Northleach. Alternatively, the Cotswold Gentleman offers a list of 50 top hostelries.

With the possibility of a grand summer of freedom on two wheels interspersed with some great pub trips, it’s time to start dreaming of a Cotswolds adventure.